Will we see change from the Biden Administration? 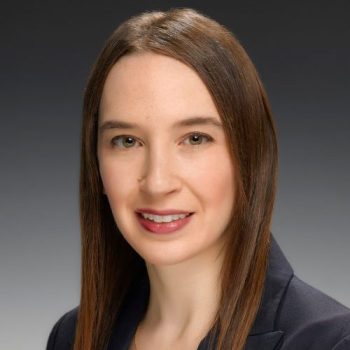 The leader of a prominent foster care reform group – who spent time as a child in foster care herself, a searing experience that she’s said shaped her work as a congressional policy adviser – has been appointed to a senior role in President Joe Biden’s administration, according to tweets and website updates today from her organization, Foster America.

Sherry Lachman will become associate director for education, income maintenance and labor in the new president’s Office of Management and Budget (OMB). Her appointment puts a leader with designs on paring down the reliance on foster care within child welfare, and improving the experience for those who do experience it, in a position to have influence over a sweeping range of fiscal and regulatory matters on Biden’s agenda.

Lachman began her career as a fellow with the Juvenile Law Center of Philadelphia after earning three graduate degrees, including one from Columbia Law School.

In a late 2019 podcast interview with Lachman, former Sen. Franken recounted her pivotal role shaping child welfare-related provisions buried in the Every Student Succeeds Act, the sweeping 2015 education reform law. Those provisions included new standards for local child welfare systems to keep foster youth in their original schools, even when their new foster care placement is located in a different school district.

For Lachman, the issue was personal. Starting at age 6, she moved to three different foster homes in less than two years.

“The reason that is so important is because foster children often change schools when they move,” Lachman said of the reform, on the podcast with Franken. “If you can imagine being a foster kid changing schools once, twice, sometimes three times in a year, and, as you said, for some foster children, 10 times or even more over the course of their childhoods in foster care, that means when your changing schools that often, your education turns to Swiss cheese.”

Franken called the amendment one of his greatest achievements as a senator.

“When I talk about my career in the senate and why I miss the senate, I always bring this up,” said Franken, crediting Lachman for making it happen by helping convince other skeptical senators. “You can do big things, but you can do small things, seemingly small things, that make a huge difference in people’s lives.”

He was left briefly speechless and seemingly choked up on the podcast after Lachman described her harrowing experience in care.

Foster America, the organization Lachman started after leaving the Obama White House in 2016, has placed dozens of accomplished professionals in full-time, 18-month fellowships in state and local child welfare offices, in an effort to diversify the skill and talent pipeline for a field that is often overlooked by elite graduates of top universities, like those Lachman attended. A majority of Foster America’s fellows and fellowship alums are people of color, according to the organization.

“Often it’s people who want to apply skills to public services, and we tell them if you want to help really vulnerable kids in a field where you’ll be irreplaceable, come join us,” she told Franken about the fellows her organization has recruited.

In 2018, The Imprint reported that Los Angeles County had awarded the fast-growing organization a $1.2 million contract for five fellows with backgrounds in data and technology, marketing and human-centered design, finance, and strategy and operations. It was the 10th jurisdiction to sign up, for a program that was accepting only 4% of the more than 500 applicants it received in its first two years, including from Fortune 500 professionals, real estate attorneys and foster parents.

In a keynote speech at the American Bar Association’s 2019 National Conference on Access to Justice for Children and Families, she shared that 25% of the fellows had “lived experience” in child welfare. By the end of last year, the organization had placed 54 fellows in 15 states, Washington, D.C., and Puerto Rico. According to the organization’s website, 87% of former fellows have held a position in child welfare, post-fellowship.

Last year, the Juvenile Law Center awarded her a leadership prize for this work.

Notably, Lachman has written op-eds and spoken publicly in the strongest possible terms about the failures of the child welfare system, particularly in the wake of the Trump administration’s policy of separating families at the border.

“The way these children have been treated exemplifies a fundamental truth with broader implications worth confronting before the spotlight fully fades: the government is a lousy parent,” she wrote for Time in 2018. “Every day, I battle fear and sadness that stem from my experience in foster care, a system I’ve come to view as akin to chemotherapy: it can be lifesaving when a child’s well-being is in jeopardy, but it’s inherently toxic and should only be used as a last resort.”

Biden has yet to nominate or appoint people to some of the key federal posts in child welfare and juvenile justice, most of which reside at the Administration for Children and Families at the Department of Health and Human Services and at the Department of Justice’s Office of Justice Programs. But whoever fills those roles now has a counterpart at the heart of executive branch spending policy with well-rounded knowledge of the child welfare system’s needs and challenges.
Lachman was among a slew of new hires announced at OMB in recent days, as the administration works to significantly change course at the agency. Among them was Topher Spiro to be associate director of health, who directed health policy at the nonprofit Center for American Progress. His boss there, Neera Tanden, is Biden’s yet-to-be-confirmed nominee to lead OMB.

Note: This article was updated on Tuesday, Jan. 26.